A new study was released showing Oceanside ranked at 198 out of the top 200 cities in the
United States. The study, made by LawnStarter, took the top 200 cities based on: Consumer
Satisfaction, Compliance, and Infrastructure Vulnerability. Oceanside ranked a measly 39.79 out
of a possible score of 100, making them in the bottom 3 of the entire study.
The study also shined a light at Southern California as a whole. Southern California consistently
was ranked towards the bottom of the study. San Diego was ranked 97, Los Angeles was ranked
136 and San Bernardino was ranked at 160. Southern Californians have been dealing with water
issues for years as most of the water supplied comes from the Colorado river.
We at One Water Systems, being based in Southern California ourselves, know how important it
is to have filtered water coming through our homes because of the water we would have
otherwise. If you are interested in upgrading the water in your home so it looks nothing like the
poor quality of water that has been shown on this list, give us a call at (760) 994-4795. 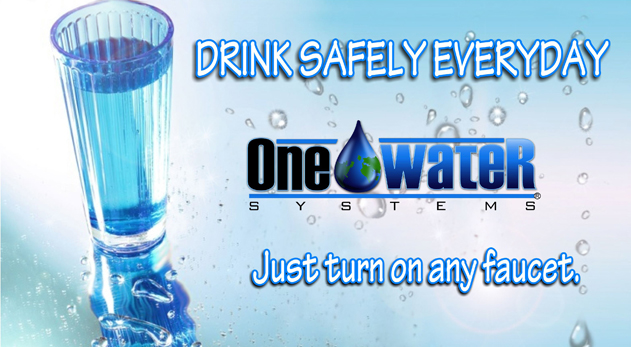 We would like to wish everyone a very Happy New Year! May 2018 bring happiness to everyone.