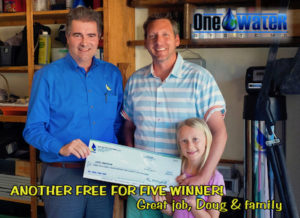 A new survey reveals that 55% of Americans are concerned about the quality of their tap water. The online [...]

When it comes to staying hydrated, many women follow the old rule of thumb: 8 glasses of water a [...]

June 11, 2014 By Hunter Worsfold Home Water Filtration Comments Off on Are You Drinking Enough Water?