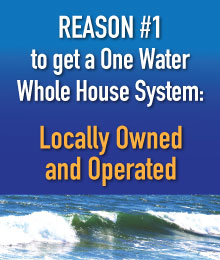 When it comes to contaminant removal concerns in the U.S., arsenic is one of the first to come to mind. [...]

Home of the Giveaway Tank!

One Water Systems is Truly the home of the Giveaway system.  We'd like to say a Big Thank You [...]

March 12, 2014 By Hunter Worsfold Home Water Filtration Comments Off on Home of the Giveaway Tank!

May 8, 2017 By Hunter Worsfold Home Water Filtration Comments Off on Bottled Water Test